Dorset police have released a CCTV image of a man they would like to speak to after a credit card was stolen from a gym in Poole.

The card was taken from a locker in DW Fitness Club at Redlands in November, and used to buy £800 in gift cards.

It was taken to Mothercare in Poole, where the man reportedly signed for the transaction instead of using the card reader.

Constable John Upsher of Poole police said: “Following our investigations, we are now in a position to release a CCTV image of the man apparently using the card at the Mothercare store in Poole.

“I would appeal to anyone who recognises this man or who has any further information to please contact me.”

Anyone with information is asked to contact Dorset Police at www.dorset.police.uk, via email 101@dorset.pnn.police.uk or by calling 101, quoting incident number 55160175246.

Alternatively, call the free and anonymous Crimestoppers line on 0800 555 111 where mobile phone tariffs may apply. 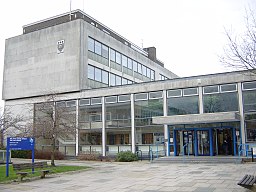 Man charged with violent crimes due in Poole court

A 42-year-old man is due to appear in court after he allegedly held a woman hostage in Bournemouth.…