On Tuesday, International Women’s Day saw the world come together under the theme ‘Gender equality today for a sustainable tomorrow’. Gender inequality still remains a barrier for progress in addressing the climate crisis.

Sonalie Figueiras is the founder and editor-in-chief of Green Queen, which is a media platform advocating for social and environmental change in Hong Kong. She is also the founder and CEO of SourceGreenPackaging.com and Ekowarehouse and a public speaker on eco-wellness around the world. Sonalie is a social entrepreneur and an eco-activist, she is an empowering figure in creating a platform to raise awareness on the key issues of sustainability and climate change.

Green Queen was founded in 2011 and was initially run by Sonalie alone for the first eight years of existence. Since then, the site has grown globally and became a fully-fledged media publication. In 2020, Green Queen Media won a Hallbars Sustainability Reports Award for outstanding contribution to raising awareness about climate change. The site advocates for social and environmental change within Hong Kong and across the globe.

As part of The Breaker’s covergae on International Women’s Day in Hong Kong this week, Tom Lawrence spoke to Sonalie. Excerpts from the interview:

What is the history behind Green Queen?

October last year it was our 10th year and we’ve been through quite a few iterations it originally really started as a blog that was meant for people in Hong Kong, who wanted to live a greener healthier life. It came out of my research into personal health issues that I’d had since I was a teenager and I had suffered from what I call medical misogyny whereby women and women’s health conditions tend to be marginalized and less researched and less understood. So for many years, I had all these symptoms and no one could put it together and, eventually, it turned out, I had these chronic health hormone related issues. There was no pharmaceutical cure, so I couldn’t take a medication and then be fine, it was very much lifestyle and dietary changes.

I figured out that our entire food system was completely broken and that then led me to pollution and toxins and everything that is around us is problematic because of our neo-liberal capitalist system that has prioritized shareholder values over planetary health and human health. I completely changed my life and had to find a whole new way to live. And it was quite difficult to do that in Hong Kong, at the time just even globally, but especially in Hong Kong. I also felt very strongly about the fact that if everybody else found out what I had found out, there would be a revolution.

As we are celebrating International Women’s Day, how important do you think it is to have such a strong female voice at Green Queen in terms of promoting climate action?

Lately I’ve been asked a lot, in the lead up to international women’s day what’s the connection between the climate crisis and women are gender equality? I think it’s unclear to most people just how strong that connection is. It’s not a coincidence that our team is mostly women. For a long time, caring about the planet and being into vegan health issues has been very much a female zone.

Women, particularly in the global South, are living and paying for the consequences of climate change disproportionately. Seventy per cent of the poor people in the world are women. And poor people feel all the negative effects first. Most of those women live subsistence agriculture lives, which means that they’re responsible for finding food around where they live. On one hand, we have in the Global South poorest women dealing with the consequences. On the other hand, in the global North we have women that have in a way, a tremendous amount of power. Women tend to control household spending in mature economies, depending on the research it’s between 60-90 per cent controlled by women, so that’s a tremendous amount of power to vote with your dollar and make choices on what kind of products and brands you’re going to support. And so, if we want to move towards a more circular ethical, environmentally friendly world we’re going to need women to change how they buy.

There is no future without women in charge. Women are disproportionately represented in sustainability leadership roles and tend to actually outperform men in those roles and tend to be well suited for those roles. There’s a lot of research and discussion on why that is, but I think women tend to have, burden or not, this need to take care of more than just themselves. That aligns with the thinking you need to think about the planet, where you need to make decisions that might interfere with your selfish desires for the good of the planet. Women have to do that usually every day for their children for their parents, for their loved ones for their colleagues. We’re regularly making sacrifices in a way that men don’t seem to feel the need to do, because of the way society is set up.

What is it like to be a woman today in Hong Kong?

I think, to be honest it’s a little bit like being a woman anywhere else at this point because the pandemic has really flattened the world, and everyone is connected. Being a woman in Hong Kong today is about perseverance, we still have a lot of travel restrictions right now we’re actually living through a fifth wave of Covid as the Omicron has finally arrived here. So, we’re much delayed compared to the rest of the world, we have quite a few restrictions as a result, two schools are closed, for example, there is nothing open after six. Because of this, being a woman in Hong Kong means balancing, especially if you’re a mother, a house with children that are not in school and then your job, and then your duty as a family caregiver or family member or wife. And so I just I think the difference is in Hong Kong we’re living what people live, two years ago, or a year ago and we’re just we’re really living it right now. Because we were quite lucky and we didn’t really have much covid for the last two years, so we had quite a normal life, other than travel restrictions, but now we’re really trying to balance everything. 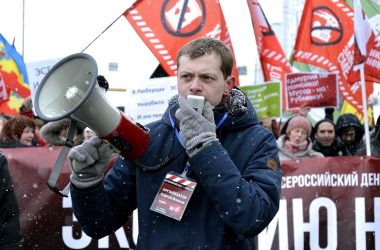 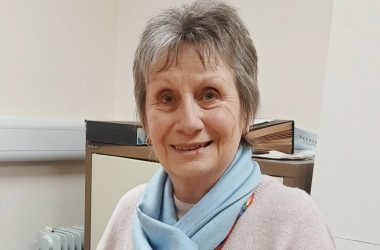 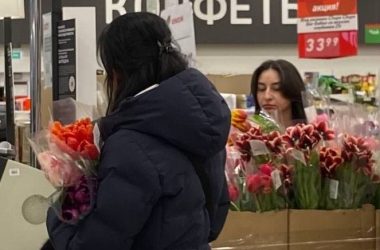