That’s all from us at The Breaker: LIVE.

There’s still a few stories to be published, so keep an eye on our homepage.

After the #warmestdayoftheyear so far today, will it last into the #weekend? Here is a snapshot for you: ☀⛈ pic.twitter.com/YPKSiLGSdG

It’s the #WarmestDayOfTheYear and for many of us it is time to enjoy the sunshine. For some the higher temperatures can bring on existing medical conditions. Could you call in on elderly or vulnerable neighbours and friends to make sure they are OK in the hot weather? #Team999 pic.twitter.com/Enc9otTCZE

3:10pm: The Bournemouth disabled-led ensemble are performing on August 27

☀News just in ☀ #Northolt in Greater #London has now reach 27.9°C, making it the warmest April day since 1949! ?#WarmestDayOfTheYear pic.twitter.com/ZVvJCkuOnk

The second phase of improvement works on the Pier Approach are nearly finished.

The first phase was successfully opened to the public in May 2016, and the second phase is due to be fully complete in May this year.

Changes to the seaside hotspot include the installation of trees and semi-submerged bins.

2:02pm: Passengers at Bournemouth train station have their say on new e-ticketing system

Drivers in Bournemouth will no longer be charged 10p for using an app which allows you to pay to park.

PayByPhone announced yesterday that they had removed the service charge across 72 Bournemouth car parks and on-street locations.

The application launched in the town in 2016 and processes 60,000 transactions monthly.

Local councillor Mike Greene said he was “pleased” by the move.

He said: “This will be more convenient for motorists while allowing the Council’s operations to be more efficient meaning less cost to deliver the service.”

Annie Heritage owns Cariad Wholefoods, a food store in Blandford that has been zero waste since 2016.

She told the Breaker she thinks “the timescale needs to be moving considerably faster”. Several local councils are warning students to check that any transport they hire for their prom is properly licensed.

Those that are not legally licensed to carry passengers will not be covered by the appropriate insurance.

If you are unsure whether a driver or vehicle is appropriately licensed, you can check with the council in the area where the vehicle is offered for hire.

With one month to go until Prince Harry and Meghan Markle tie the knot, the British Transport Police (BTP) have announced their plan for the big day.

The BTP will have officers – both highly visible and covert – across the network.

So people planning to travel on the 19th should expect an enhanced police presence throughout their journey.

One month to go until the big day! Prince Harry and Meghan Markle get married in 30 days and more than 100,000 people are expected in Windsor.

We’ll be there every step of the way to keep you safe.#RoyalWeddinghttps://t.co/YdbqoEY8mg pic.twitter.com/TSa1MjdbKX

The Cherries lost 2-0 after goals from Chris Smalling and Romelu Lukaku helped Jose Mourinho’s side to victory at the Vitality Stadium last night.

A report published this week found that a third of millennials may be renting for the rest of their life.

We spoke to a 24-year-old homeowner about how he got on the property ladder. Bournemouth is as hot as Gran Canaria today – and the temperature’s only going to rise.

Pack your sunscreen and head on over here to find out more. #Travelalert– Due to an Police incident on Ashley Road, Services M1,M2 & 15 will be running delayed, ^SH

11:08am: The RNLI have got a warning for those thinking of enjoying the weather out at sea

This video from @PooleLifeboats shows how conditions can quickly change. Launching from Poole Quay in glorious sunshine they soon found themselves in reduced visibility as they conducted a search for 2 broken down jetskis.Ensure you check the forecast if you are heading to sea. pic.twitter.com/YXw3pr0A51

#TravelDorsetAlert: A35 Chideock – slow traffic in the roadworks area.

10:39am: Farmers in the south say the recent wet weather is killing their lambs

Cold and wet weather over the last month has hindered lambing for many sheep farmers across the South West – with some lambs drowning due to the rain. 10:20am: ICYMI – Fly-tipping costing taxpayers hundreds of thousands of pounds in Dorset

Fly-tipping could be costing taxpayers up to £150,000 per year, according to Dorset Waste Partnership.

You can find out more here.

10:07am: Young girl dies after incident at Durdle Door

Dorset Police are appealing for witnesses after a 5-year-old girl died at the tourist spot yesterday.

Detective Inspector Steve May, of the force, said that “there is nothing to suggest” the incident was “anything other than a tragic accident”.

You can read more here. 09:47am: GWR launch mobile ticketing across their network

Great Western Railway announced a change in their ticketing policy yesterday as they launched mobile ticketing across their network.

Passengers can now use their smart phone or tablet as a pocket ticket machine to purchase and to travel following the installation of barcode readers at station ticket gates across the GWR network.

We’ll have some local reaction to the move later on.

Today is going to be even hotter than yesterday, with the Met Office predicting highs of 20°C in Bournemouth.

Light winds are forecast across the south, with rain highly unlikely.

Watch out though – the pollen count is on the rise.

Welcome to The Breaker: LIVE.

We’ll be keeping you up to date with all the news in Bournemouth and the surrounding area throughout the day.

We’ll also be tweeting from @BUBreaker, if Twitter’s your preferred source of news.

A jury of five men and seven women have retired to consider the verdict in the Glyn Helliwell murder case. The family of the accused as well as others connected to the case have gathered at the Winchester Crown Court, expecting the verdict. A Storified report. 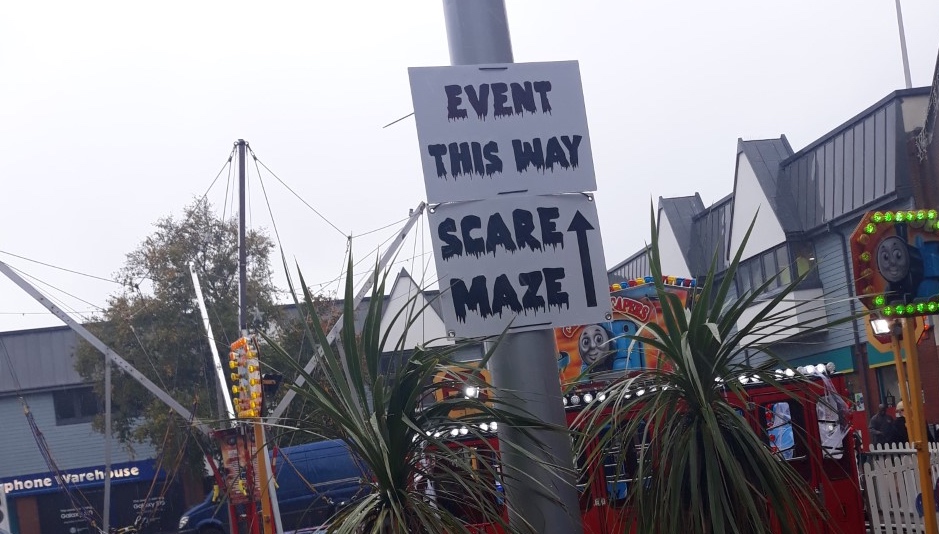 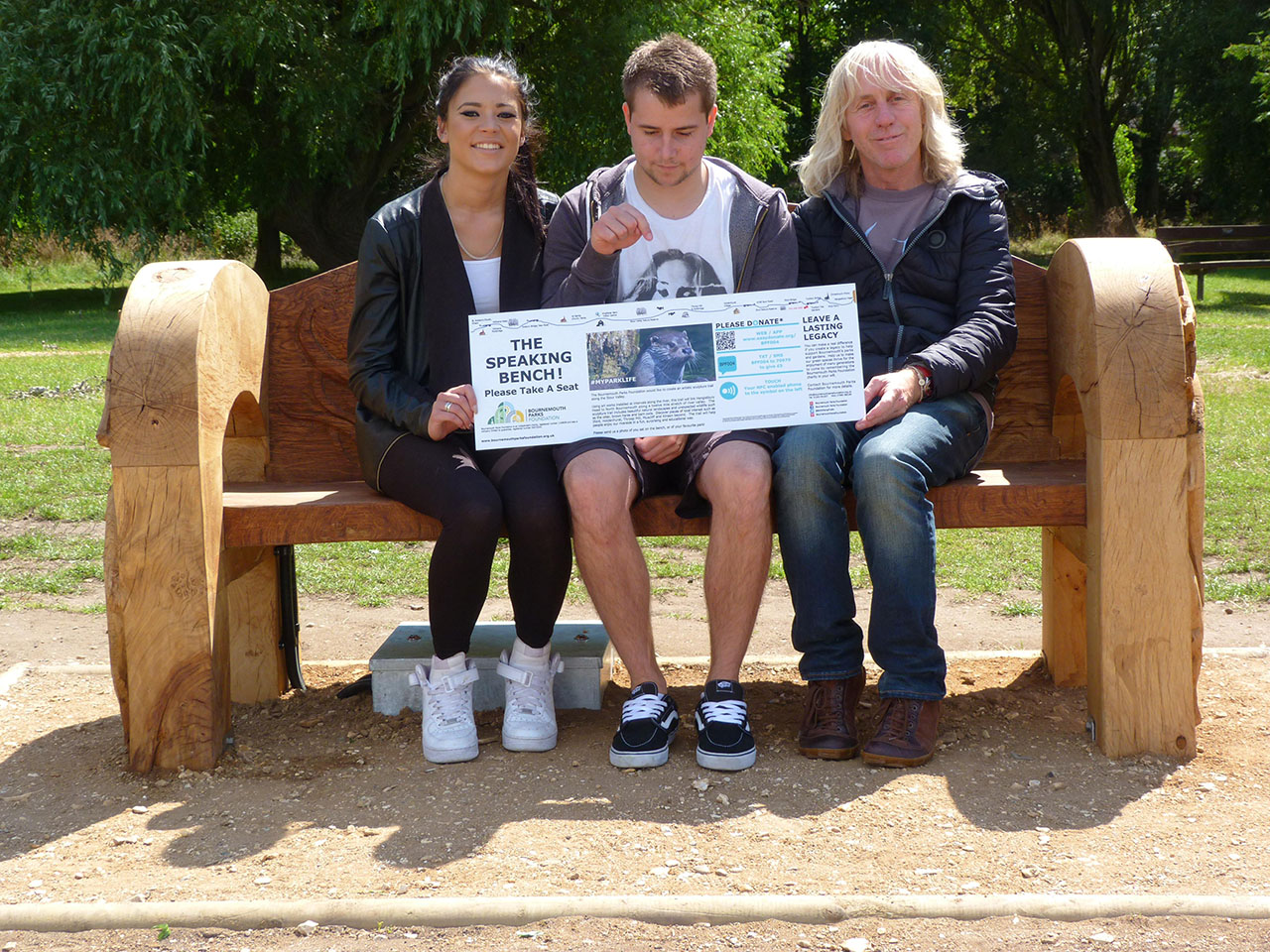