The harsh reality of racism in healthcare

“I don’t know if you’ve cried in the last nearly three years, Anna. But I’ve cried in basically every placement except one or two,” Georgia said with a bitter laugh, facing her friend, Anna. Anna and Georgia are both nursing students in the UK. Both 21 year-olds are part of the healthcare worker aspirants who used to believe, as Julius Caesar did, that experience is the teacher of all things. Unfortunately, Anna, an Indian, and Georgia, who is Nepali, had to learn about a harsher reality from their placement: Racism.

This is their third year of bachelor studies, and they have done placement in at least three different places. They have wide placement options from hospitals to care homes. During the whole course, they have experienced indirect racial comments to unjust treatment from peers and patients.

“There are other patients that make fun of people’s accents when they don’t understand what they say. And there was one time, a patient declined care from a qualified nurse because he had a strong South African accent, and she would get angry when she didn’t understand what he was saying,” said Anna.

The pressure is intense for both Anna and Georgia. They have started doing healthcare placements when they were as young as 18, and they have experienced various taxing situations in difficult environments.

“It really does affect us, especially as we have to do this degree for the rest of our lives,” Anna commented, in which Georgia replied: “I think experiences like this could be a major factor why someone would consider dropping out.”

In 2019, Nursing Standard and the Health Foundation collected data that showed that of 19,566 UK nursing students who began three-year degrees due to finish in 2018, a total of 4,695 left their courses early or suspended their studies. One of the reasons was the placement quality.

A survey that Health Education England gathered through RePAIR, stated other reasons such as academic concerns and doubting their clinical ability. They are also reported to be feeling ‘overwhelmed and stressed by the situation they find themselves in’.

Georgia noticed that the number of healthcare students is decreasing towards the end of their course. Anna could not blame them, saying that the unpleasant experiences that they collected as students would scare them to do the real job. Sometimes, those detrimental treatments were shown by their seniors.

Georgia added: “My fellow peer was the one who addressed to me how we both were treated differently although we showed the same work ethic. I’m not sure whether it was race related, but definitely inequality. I think, overall, there’s no acceptance of these behaviours so there are policies which you have to address yourself. So, as long as we speak, there are ways. They don’t really dismiss these issues as long as you speak up.”

Research from NHS Workforce Race Equality Standard (WRES) in 2019, shows that staff from an ethnic minority background have different and unequal experiences in the workplace compared to their white colleagues. In the 2019 NHS Staff Survey, 15.3 per cent of ethnic minority staff reported experiencing discrimination at work from a manager, team leader or other colleague in the past 12 months, more than double the proportion of white staff.

A Hong Kong doctor who works in Dorchester, Caren, has been working with doctors, nurses, therapists and allied healthcare professionals from different nationalities. Some of her colleagues have gone through the UK training system. But there are also those who did not receive the same set-up.

“Whether people are treated differently, I think on the whole I would say probably not. But I think subconsciously there are a few things that people sometimes do treat you differently. For example, if you look young and Asian and you’re small, people are less likely to assume that you’re a more senior person if you walk into a situation and no one knows who you are.”

From Caren’s encounter, inequality treatments mostly come from the patients. A lot of ethnic minority healthcare workers are dismissed by the patients even though they are more experienced. They prefer a junior worker with ‘Western look’ and will regard them as the senior.

“I think that does have an impact on medical professionals. Among doctors themselves, they respect each other and respect the sort of experience people have, so I’ve come across that more amongst patients. They don’t treat you the same, but I think I’ve never felt disrespected by my colleagues.”

BMA’s full ‘Anti-Racism in Medicine report’ in Spring 2022, showed 20 percent of doctors who had experienced racism, reported that the racist behaviour came from patients. However, it seems that they are not able to do much about it, since nearly six in 10 doctors were negatively impacted when they reported racist incidents. Therefore, the number of incidents reported are quite low.

Caren observes a progress to promote ethnic minority workers. “I think there’s definitely more awareness recently compared to before. Like I know in Dorchester, they’ve had a campaign to represent medical professionals  from different places. They put up photos of staff from different departments who come from different places in the canteen. I definitely think it’s something that’s changing. It’s probably not quite got there yet.”

Caren says that treatment of foreign trained doctors has changed over time, “If you went back I don’t know 20 to 30 years ago the way you got a job would be if a certain person at a certain hospital who likes you will employ you into that role.” Training has changed quite a lot since then. The way NHS recruits now is very regimented and is a national process that is fair and inclusive. Everyone applies the same way through the same system. “Qualifications of doctors are ranked in a very specific way according to a specific criteria, and I think in interviews it’s the same,” says Caren who believes there is no room for bias in the selection process.

Redressal systems and improving reporting processes would fairly improve the well-being of healthcare professionals from diverse backgrounds and ensure a fairer future for patients and healthcare workers. “I’d probably talked to my one of my seniors in the first instance, and I’d be fairly confident that they would listen to my concerns. But saying that, I work in quite a supportive department. So I think that’s very dependent on who you’re working for, but there are organisations and bodies that you can talk to if that’s what you’re experiencing.”

The British Medical Association (BMA) is one organisation that provides support services and guidance on discrimination experienced from both patients and colleagues. However, despite all the work that these unions do, any intervention made by the medical institutions will remain ineffective unless patients themselves are willing to let go of prejudiced attitudes. 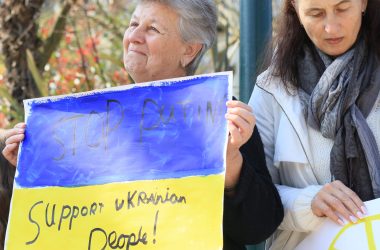 Through the crisis: a chance to start all over

UK visa schemes are a gleam of hope that could find a home for Ukraine refugees and give them a chance to start all over. 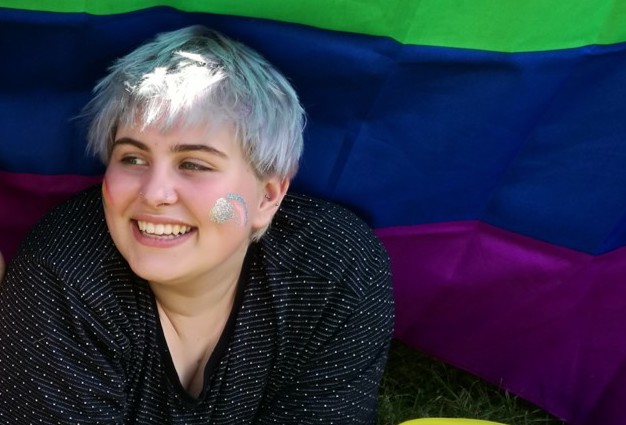 I meet 18-year-old Eli Moore in the reception of Bournemouth and Poole College on a rainy Tuesday. Quiet… 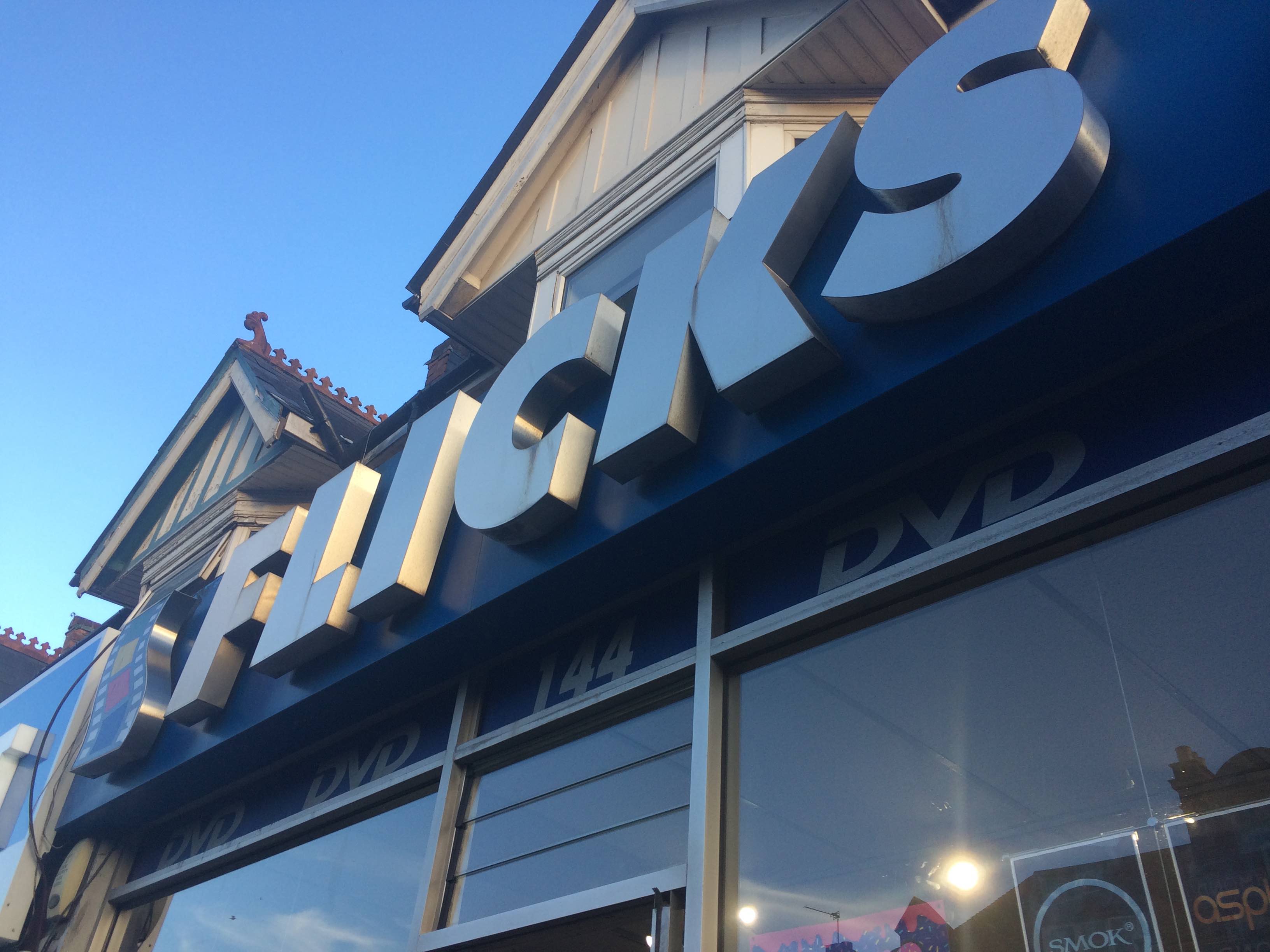