A Bournemouth nightclub previously accused of racist door policies in 2015 has given its critics reason to restart the debate after partygoers were exposed to tear gas.

Bournemouth’s Cameo nightclub, the scene of last month’s ‘CS spray’ attack, has been accused of a history of racist and discriminatory door policies.

Following the incident, which caused irritation of the eye and respiratory issues with at least 40 people, some have questioned how a canister of the substance – a component of tear gas – was not confiscated on the door.

An ex-employee of the Fir Vale Road establishment has spoken of the “shocking” policies that the club’s security staff use: “They will never check women’s handbags, especially the young, attractive ones because they want to impress them.”

“Yet most of them will always check anyone foreign or even non-white.”

“There’s even been cases of sexual misconduct and domestic abuse where they’ve kept their jobs at the club.”

Alleged discrimination is not unheard of in England’s nightclubs, particularly on student-focused nights and the behaviour has sometimes extended to entry being denied.

Hana Topic, a 20 year old student, said the lack of searches carried out on more attractive, often white, customers is “shocking” and also says that “overweight and dark skinned people are often flat out refused entry, usually being told they are not “dressed appropriately.”

Another student, Antoinette Osime, spoke frankly: “mixed race girls will get in most of the time and black girls often don’t.”

Cameo Bournemouth have made no official comment other than to apologise for the events of 29th September: “This was a senseless act which ruined an otherwise great evening.”

“The safety of our customers is always our main priority and we quickly brought the situation under control and evacuated the club.”

Cameo also failed to acknowledge racism accusations when 11 black men from London were refused entry in 2015, citing their “vast experience and judgement” in that case. 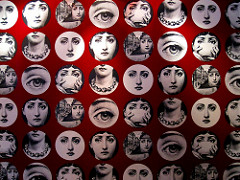 There are a lot of “pros and cons” for Facebook users to tag their friends in a photo,…

This week was the first week of radio, where we listened to several episodes of the series Neither…