Ashley Fraser
0
0
0
As the advent of the internet, and an increase in mobile devises, seeks to threaten televisions dominant position at the centre of media consumption, Ashley Fraser looks at how TV can embrace these technologies to recapture the teenage audience.
Total
0
Shares
0
0
0

In 1979 ‘Video killed the radio star’, by British band The Buggles, dominated the airwaves of Europe and was to become the first music video to be aired on MTV. It signified the begging of the age of television as the centre of house hold media consumption.

33 years on from that infamous song the age of television appears to be coming to an end, as the advent of the internet, and an increase in mobile devises, seeks to threaten televisions dominant position at the centre of media consumption.

Leading this change in Britain is its young people. The annual Childwise monitoring survey released this year shows that among seven to 16 year olds, 61% have a mobile phone with internet access. In 2011 the same report showed that children watch an average of 2.6hours of TV a day, and use the internet around 2 hours a day, with Facebook and Youtube among their most favoured websites. If current trends continue, the amount of time spent by young people using the internet will surpass the amount of time watching TV within the next 2 years.

A push button, on demand culture is beginning to emerge in the way that young people consume media, moving them away from the more scheduled approach that television has embraced. These conditions would make the commercial viability of a teenage marketed news channel very unlikely. However, advances in digital television are beginning to allow young people a greater choice in how they interact and consume media through the television. Interactive services that enable viewers to record and access a range of on demand content is already available, and internet enabled televisions are beginning to enter the market.

If a news channel aimed primarily at the teenage market where to exist in the UK it would need to embrace the interactive technologies available to television, and accommodate audience involvement in product content, as well as need for heavy financial investment.

Buggle TV, named in homage to The Buggles, as a television channel, would promote 1970’s children’s TV concepts of audience participation with a digital twist.

Programming would primarily be entertainment based, in order to bring in much needed viewing figures to maximise advertising revenues, as entertainment news channels are more commercially viable and more appealing to a younger audience, E! and MTV are prime examples.

In order to meet a wide range of entertainment interests, individual shows on the channel would be focused on video game, television and film reviews, fashion tips and trends, sports highlights, and a flagship music show in a style similar to that of The Old Grey Whistle Test, all topical areas which gain high viewing figures on Youtube, the second most popular website amongst teenagers. A John Cravens Newsround style broadcast also would be the basis of a more current affairs news agenda.

However, the main direction of the channel will not be about what’s playing now, but what you can watch and interact with. The interactive service on the TV will be accessed through the website, a capacity used by other media organisation, such as the BBC with I-Player, ensuring availably to mobile devises. All programmes produced by the channel would be made instantly available to this on demand service, with news bulletins available for download the instant they are aired. But interactivity will be the key to success, shows like Take Hart have always been popular with young people as it encouraged viewers to submit their work and be displayed on the show. The majority of shows on BuggleTV would embrace this concept and make room for video entries submitted by viewers, a model which could work well on entertainment review and fashion platforms.

The most ambitious project to be undertaken would be called ‘on your patch’, using mapping technologies through internet and digital television, to display a mixture of professional and viewer produced news stories in the viewers regional area, with the most popular videos being collated into a show on a fortnightly basis, with video contributors being rewarded. A concept similarly used by the Youtube Partnership Programme.

Programming will also be open to social media, with all programming available to be shared, especially those which incorporate packages produced by viewers.

Another ambitious attempt to encourage viewer participation would be to hold online current affairs shows like Question Time, but where viewers could ask questions to politicians live via webcam, or by a presenter using questions only submitted through social media.

With a staff of 10 journalists there would need to be equal distribution between the departments of Entertainment and reviews, Fashion, Music, Current affairs news roundup and Digital participation projects, but also the expectation that staff could move between departs on the basis of needs must. It would be most like 50% of the staff would be needed to operate the current affairs news bulletin alone, therefore a heavy expectation would be placed upon staff to take up a variety of roles from editor to reporter. However, Programming made distinctly by viewer participation, submissions and regular contest entrants would help to ease pressure on the staff with regard to the programming schedule, as participation, interactivity and availability will be the corner stone of media consumption in the 21st century.

In an age where there are more rivals for teenagers time than ever, Dan Crossen explores how to get and keep their attention when it comes to informing them of the latest news. 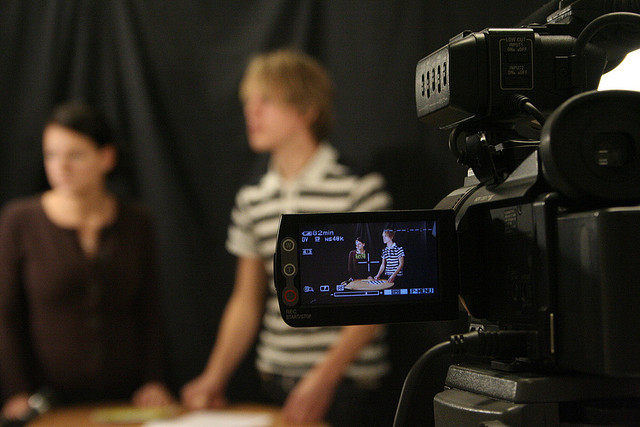 It would be naive to think that 13-19 year olds watch the news at ten; hard and analytical…

Editor Ian McCreery takes us through his picks of the crop of fine stories this week.