Luca Wodtke
1
0
0
After the billionaire owners of some of the world’s richest clubs failed to start a new European league, some fans believe it’s time for a new model of ownership at English teams.
Total
1
Shares
1
0
0

By Byron Stewart-Reid and Luca Wodtke

Merely 72 hours ago, 12 football clubs announced the formation of the so-called European Super League. Football fans around the world were shocked and felt cheated by their teams, and it did not take long for protests to break out.

In an “UNO reverse” type manner, the founding members of this elite league have now distanced themselves from the competition. The first to go was Chelsea FC, followed by the other five Premier League clubs, then Inter Milan, and Atlético Madrid. Within three days, the entire plan seems to have dissolved on its own, without doubt, thanks to the millions of vocal fans around the world.

One league that appeared to stay relatively unfazed by the ESL announcement was the German Bundesliga. While Champions League winners FC Bayern Munich and national rival Borussia Dortmund were said to have been invited to be founding members of the ESL, the two clubs declined. Now, as the plan has seemingly fallen apart, the Bundesliga teams are being praised for their abstinence from this elite competition, and a new discussion about how the “50+1” rule practised in German football might be implemented in other leagues is being held.

Since 1998, the so-called 50+1 rule, requiring a German football club to hold a majority of its own voting rights in order to play in the Bundesliga, has been incorporated into the country’s footballing laws. In short, this means that the club, including the fans, own a majority of the voting rights and it is this law that is believed to be the main reason why no German club joined the ESL.

Hans Gäng, a dedicated FC Bayern Munich fan, is proud that his club did not get involved in the European Super League. Despite Bayern’s close ties to Qatar and other large money givers, the club decided against any association with this monetized plan. In general, he is happy that the 50+1 rule stops owners from making selfish decisions.

“Even if sometimes the Bundesliga is seen as a lesser league by other international leagues because players leave regularly to earn more money abroad, the 50+1 rule saved us from the Super League and will also save us from other elitism plans in the future,” Gäng says.

On Monday, UEFA President Aleksander Ceferin said the European Super League is a “spit in the face of all football lovers”. Ceferin called the plans for this elite league “fuelled by greed above all else.” This statement was seconded by many football fans disappointed in their clubs.

While German football clubs resoundingly turned down the ESL, six English clubs, known colloquially as ‘The Big 6’ announced they would be joining. Arsenal, Chelsea, Liverpool, Manchester City, Manchester United, and Tottingham Hotspur agreed to become part of the breakaway European competition. Fans in the UK deemed the actions of those clubs as abhorrent, and, with the media stoking the flame, let their feelings be known outside stadiums. Fans gathered in London to stop the Chelsea team bus from driving to their game against Brighton.

The news that the European Super League is over before it had even started came after nights of mass protests. One by one, the ‘Big 6’ clubs announced they would be pulling out of the ESL. This morning, Real Madrid President Florentino Perez, admitted that the ESL would no longer be going ahead in its current form.

Local football fan, Roberto Ojeda-Campos, best verbalised English football fans’ sentiments saying “Well that lasted about 2 days.” Later continuing, “well done to the English clubs for resigning… But they can’t get away with this scott-free”.

Where does this leave English football now? What happens next?

When assessing ways in which English clubs can be held accountable by fans, the German 50+1 rule is one proposal suggested by supporters themselves. In principle, there would then be less power for billionaire owners like  Roman Abramovich, the Glazers, the ENIC group, the Fenway group, the Kroenke group, and Sheik Mansour; who comprise the ownerships of the ‘big six’ clubs which joined the ELS.

When we asked a small group of English football fans for opinions on the 50+1 rule, the views were unanimous. One fan, Reece Harris said “100% we should have it here, fans then have a direct influence on the club,” While Sam Toolan added “it’d be fun to see how English football would change”. Harry Williams a BU student who supports Spurs said “I’m a big fan, but I can’t see it happening”.

Declan Smit, a dedicated Liverpool FC fan, is disappointed in his club. After Liverpool was confirmed as one of the 12 founding members of the ESL, fans of the club displayed their anger against the owners and not against the players.

“I am disappointed in the fact that the club didn’t ask anyone in or around the club; it was just the owners talking about the proposal. This completely undermines the so-called unity they try and push to the fans and their community. Their decision is based entirely on greed,” Smit says.

Smit believes that, if fans were allowed in stadiums at the moment, there would be no tolerance for this plan. “It’s probably why they have kept it quiet and only pushed it now because the fans’ voice has been silenced.”

An Arsenal fan that requested to stay anonymous was very clear in expressing their rage towards the clubs. “When Premier League clubs helped to support the lower leagues I thought football might be going in the other direction and more unity was going to occur. This whole ESL plan just shows that they have no respect for the lower leagues.”

“Football starts in the lower leagues. In the UK it’s wildly underestimated how many fans support Premier League teams. This proposed European Super League might be the downfall of the lower leagues who already struggle financially, this could be the nail in the coffin, and it seems the top clubs couldn’t care any less,” the fan says.

One case that is really riling up Arsenal fans is that in August 2020, the club planned to let go of 55 its employees due to COVID-19 related economic issues, including much-loved mascot “Gunnersaurus”. However, as a founding member of the ESL, Arsenal would now split a hefty 3.5 billion pounds with the other 11 founding clubs. The outrage comes as Arsenal fans are sure that club owner Stan Kroenke would have known about this immense amount of money the club would receive soon and still put employees’ jobs at risk during a pandemic.

Sport lives from the “David vs. Goliath” stories. Watching the underdog play its heart out against a known big opponent is what draws many fans towards sports. In football, competitions such as national football leagues and across continent competitions like the Champions League have produced some of the most fascinating sports battles. With teams being relegated and promoted every season according to their athletic performances, change occurs every year, giving new teams the chance at winning a much-desired football trophy.

With the planned European Super League, this natural up-and-down of football clubs would have been stopped. The ESL planned to have 12 founding clubs that cannot under any circumstances be expelled from the competition due to their athletic performances. The additional six clubs, however, would have been invited every year through a “wildcard”.

Not only would this new league have taken away the competition part of football competitions, but it also would have brought a large amount of money to clubs that are already very wealthy. The 12 founding members of the ESL are all owned by billionaires, many of them not involved in sports at all, and therefore perhaps unable to understand how the fans feel.

Kitesurfing in Bournemouth after snow

What have you done on a snow day, stayed at home with with the heating on? Gone outside… 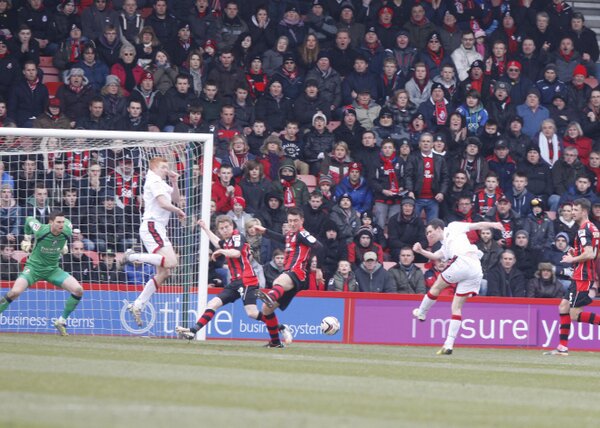