Lady of Downton reborn as Sadie and the Hotheads

Elizabeth McGovern famous for her role as Lady Grantham in the hit programme Downton Abbey, brought a full house to the Tivoli Theatre  with her band Sadie and the Hotheads on 6 February. She walked on stage dancing,  picked up a guitar and began singing in a raspy baritone.

“We try to be cool but we’re mostly married people with kids” said McGovern earning a laugh from the crowd. It is impossible not to imagine that the slight lullaby lilt to beautifully written lyrics about precious moments in life are exactly the kind of song a “Cool Mum” would sing. The band’s performance included songs such as LA days, All the time, Old Boyfriends, Superficial, How not to lose things and The Cow song. Though most of their songs had a country feel, they were always a wonderfully weird mixture either with an indie feel, jazzy beat, Irish folk or rock n roll, sometimes haunting but always catchy.

Though there are more conventionally stronger singers, none of them have McGovern’s charismatic, ladylike stage presence or such obvious enjoyment in performing, it was infectious judging from the crazy applause after each song. Sometimes her voice was too soft, or her words to muffled by the microphone to understand, which may have been the fault of the horribly echoing sound system.

The whole band showcased their full talent in the last song, each with a solo wowing the audience until they were begging for more

Even before the song was finished, the applause was thundering through the theatre. Elizabeth McGovern speaking to her fans after the show 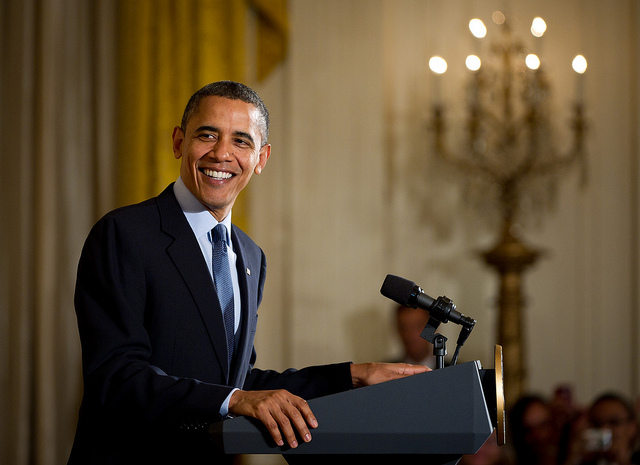 Why Obama won the election

Now the results are in, Obama has been announced as the next US president and embarks on four…