A vast landmass spanning two continents and 11 time zones, Russia is home to 78.57 million women, and despite them making up 53 per cent of the total population, the country scored zero points in the protection of women’s rights in a 2018 World Bank Report. This score puts them amongst countries such as Yemen, Iran and Liberia.

When looking at women’s rights, or a lack thereof, in some areas, one issue that is raised time and time again is that of domestic violence. According to a Readymag study, 12,000 women were tragically killed as a result of domestic violence between 2011 and 2019 in Russia. Whilst there are many causes for high rates of this particular crime, the link between violence against women, militarism and the climate crisis is rarely explored, even though the connections are difficult to miss.

Take, for example, Chechnya, an Islamic Republic in the dramatic, mountainous, North Caucasus region. Whilst it is an area of jaw-dropping natural beauty, Chechnya serves as an unfortunate example of how conflict exacerbated by the climate crisis disproportionately affects women. As natural resources dwindle, the race for crude oil in particular has intensified in recent decades, with Chechnya being a major player in the global oil business, processing 20 million tons of oil per year prior to the second Chechnen war of 1999-2000. When Russian forces moved into Chechnya with a view to, amongst other objectives, gain control of the republic’s oil industry, women were subject to horrific violence at the hands of both sides. Since this turmoil , instability in the region has become somewhat normalised, contributing to a rise in the frequency of domestic violence. However, changes in governance as a result of this instability are where further problems started for Chechen women.

As a result of the Chechen government’s post-war defiance of Russia’s secular constitution, Chechnya assumed Sharia Law alongside Chechen Tribal Law and the aforementioned Russian Secular Law. Based on the Quran and rulings of Islamic scholars, Sharia law severely impedes women’s rights, requiring them to submit entirely to their husbands and accept forced polygamy. More worrying is the acceptance of so-called honour killings that take place under Sharia law; a practice whereby women whose actions violate the honour of their families are executed by a father, brother or husband. Actions that invoke honour killings can range from speaking to an unrelated man to pre-marital sex. Even women who are victims of rape are sometimes killed in order to wipe the dishonour from a family. Although this practice is something that undoubtedly occurs, it is important to recognise that most muslim commentators and organisations condemn honour killings, citing them as a violation of Islamic law.

The above map may, at a glance, contradict the notion that violence against women in Chechnya is more severe than other regions. As can be seen on the bottom left , Chechnya falls under the 1-36 category, with only 7 total sentences. The highest numbers of sentencing for domestic violence are in more economically developed regions, such as Moscow and Perm, which have more western influence, whilst regions such as Chechnya and North Ossetia have noticeably low numbers. This, however, is not indicative of less violence, instead painting a grim picture of the shocking amount of cases that do not hold consequences for perpetrators of violence against women.

An illustrative case that perfectly exemplifies this issue is that of Chechen woman Shema Timagova. In 2013, her husband attempted to murdrer her with an axe, splitting her skull and leaving her permanently disabled. The justification behind this? An “act of passion” in response to “amoral behiaviour”. An excuse that saw the defendant sentenced to just nine months imprisonment. with time already spent in detention taken into account, he was released immediately. This was not the first time Timagova had suffered violence at the hands of her husband. In 2009, she was beaten with a shovel to the point on unconsciousness; an assault that saw the perpetrator fined just 15,000 roubles (around 100 GBP). The attempted murder case involving Timagova saw the UN committee step in to make a historic first ruling on domestic violence in Russia, requiring the state to compensate an amount equal to the harm she had been subjected to.

Valeria Kim, a Russian living in European Russia, noted: “In Russia there are many regions where for example there are Muslim regions — and how would you change those traditions? I don’t think there’s a way. Although it probably would be great if the government did pay some attention to the issues of domestic abuse.” It is true that the Russian state clearly needs to take violence against women in areas such as Chechnya more seriously; there is a clear link between militarism as a result of the climate crisis and such violence.

Being involved in several wars in the past years, and with the ever increasing threat of NATO on its borders, Russia has invested heavily into its military. When the national budget prioritises war efforts, sectors dominated by women such as healthcare and education suffer. Here, women are perpetually at risk of displacement, violence and economic hardship in the face of militarism and imperialism. Whilst it is essential to address current issues and how to decrease their effects, it is also important to understand the complex factors that contribute to making them so profound, drawing on the age-old adage of “prevention is the best cure”. 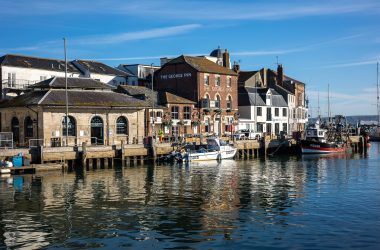 With the fishing industry beset by bad publicity, one fishmonger in Weymouth shows a new way forward 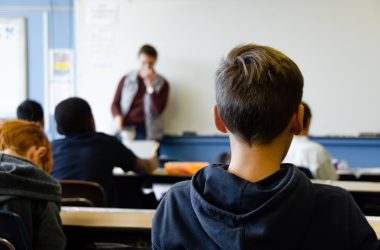 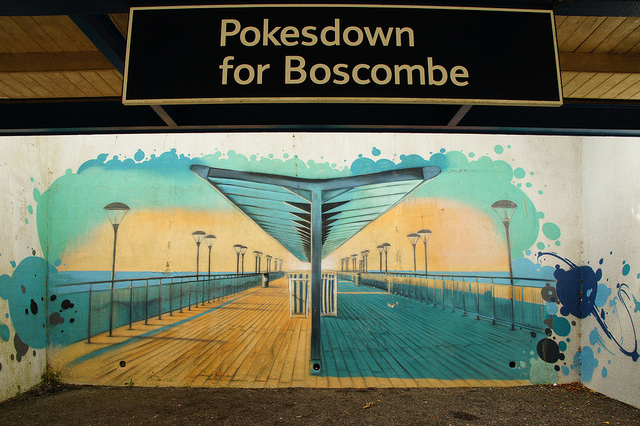 Pokesdown & Boscombe: Don’t judge a town by its cover

Boscombe is an ambiguous suburb, tarnished with a bad reputation for its crime and housing problems, but also…