This past season has been one of triumph for Poole Pirates Speedway team and their celebrated manager and former superstar rider Neil Middleditch.

The Pirates rose from the bottom of the table in May to finish in fourth place in the Elite League table, guaranteeing a play-off spot, where they defeated Swindon Robins to make the final. A fine effort after a couple of fallow years for a team striving for greatness once again. Defeating Birmingham in the final capped off a wonderful but challenging campaign for the south coast team.

The Elite League runs from March to October, a 28-fixture season interspersed with international competition testing the mettle of the riders. The Pirates sustained their level from first to last meeting, winning half their fixtures and clocking up 46 points. The south coast giants well and truly sailed back into form this calendar year.

Poole had qualified for the play-offs for three years in succession, and they made it four in a row this year. Their last victory came in 2011 against the Eastbourne Eagles, and they finished runners-up to this year’s final opponents in 2012, while the Coventry Bees pipped them to the finish line in 2010. Poole hoped that there would be no sting in the tail in this year’s showpiece.

Team manager Neil Middleditch, a former professional rider for the Pirates in the 1970s, has overseen the consistent run of reaching  the latter stages in the Elite League over the past half-decade. The 56-year-old speed king was born and grew up in Weymouth but relocated to the other side of Dorset during his professional career. He also had spells at the Eastbourne Eagles, Reading Racers and Arena Essex Hammers in a 13 season spell at the top of motor racing.

Regaining the Elite League title, in a tough field that included the always-competitive Swindon and Wolverhampton Wolves, and the surprisingly lacklustre finish for 8th placed Eastbourne, must rank high in Middleditch’s achievements.

But it is of course a team effort, and their coach acknowledged this in an interview with the BBC after the Pirates had reached the Grand Final. Struggling with injuries to key riders, it had looked highly unlikely that Poole would make it to a qualifying position for the latter stages of the competition, let alone set themselves up to potentially take home the glory.

Middleditch said, “All credit to the boys, we dug so, so deep all season. It’s been tough, I’ve never known a season like it. Halfway through the season we were down and out, but signing Greg Hancock was a masterstroke.”

Hancock has certainly been a key reason behind Poole’s revival. Injuries hampered the Pirates throughout the season, but adding a rider of the calibre and skill that the American speedway world champion possesses can lift a side within any sport.

Local press recognised the monumental difference that Hancock could make to the season: a “coup” of a signing perhaps does the capture of Hancock a disservice. Captain Chris Holder was an unfortunate loss with injury, but even at 43, Hancock had the graft and determination to fit seamlessly into Poole’s starting line-up.

But that was later. Poole began the season slowly – an opening meeting ended in disappointment, with the Robins inflicting a 55-37 scoreline on their opponents in the Elite Shield, a match staged between the winners of the Elite League and the Knockout Cup from the previous season (similar to the FA Community Shield in football). Poole narrowly turned it around in the second leg, coming out 44-43 winners, but damage had already been done in the first leg.

The form carried over into the league season, which began in a disappointing and underwhelming fashion for the Pirates. They recorded victory on the opening day in their match-up with Kings Lynn but that joy was short lived.

Roll on the next week and Wolverhampton would defeat them home and away, only be the odd point but a defeat is just that. Kings Lynn got revenge for a few weeks earlier, recording a 49-41 win, and the scalp of Poole was also added to Eastbourne’s list. Not the ideal first month for a team with high ambitions.

May brought both joy and pain for the Pirates. Thomas Johansson, Maciej Janowski and co. doubled their victory tally for the season against Eastbourne, and Kings Lynn could not handle Poole on this occasion, falling to defeat home and away. A few losses continue to sneak in, but the hardest blow of the month was a severe injury to Australian star Darcy Ward, the rider breaking his shoulder blade on international duty at the Swedish Grand Prix. It was the sign of things to come.

The effect of this news was felt in the early part of June, with the Pirates struggling at the foot of the table, but Hancock’s arrival – and then Ward’s return – boosted an ailing Poole setup. Naturally they could not win every tie, but defeats fell with less regularity. Great performances in July to down Wolverhampton and Belle Vue were dampened by turnarounds against Peterborough and Lakeside.

But putting in the milage and cranking out superior races when it matters are the signs of a great side. Like Manchester United under Sir Alex Ferguson, Poole didn’t know when to give up the fight. The Pirates were peerless in September, a swashbuckling defeat of Lakeside (62-28) a sign that they were serious about rescuing the season.

Another victory followed against Belle Vue Aces, and that was enough to secure fourth position in the table and qualify for the semi-finals against all conceivable odds. They lost the first leg by a slim margin (52-42) but had the tactical nouse to secure the all important place in the final with a second leg victory by a 55-38 scoreline.

Poole meant business, and there was no way they were going to let up the pressure or take their foot off the gas. Birmingham Brummies were dispatched 57-36 in the first leg of the showpiece at Wimborne Road.

The second leg away at Birmingham was delayed for 24 hours but not even the weather could put them off their stride, as much as it tried. When the tie resumed, Poole snatched their intitiative and wouldn’t let go. They even managed to take victory on the night, winning 47 to 43, leaving an overall aggregate score of 104-79.

It was a dream! A dream come true. Pirates are the Champions. #piratepride. Now for the Blue Riband sponsored by Mayflower Interiors. 7.30pm

Ward said after the final, “We were bottom in the middle of the year, and had all the injuries, no-one expected this.”

An impressive end to a testing season, and one that will live long in the memory of speedway fans. Poole won the title against the odds, and there is no sweeter feeling. 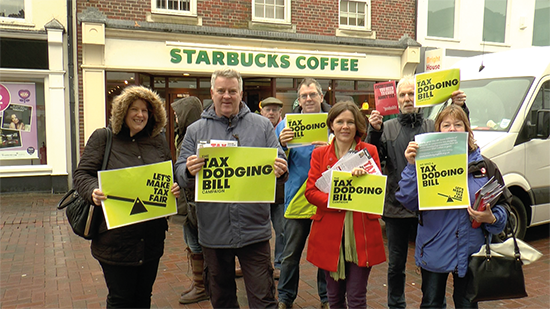 Poole residents are holding protests on High Street against so-called “tax dodger” Starbucks. Contacted by over one hundred…

Linwood school have won a competition to collect the most unwanted textiles for Green Goals Rags to Riches campaign. 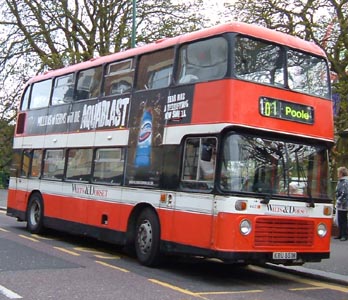 Dorset County Council are giving its residents a choice on which routes should be reduced, which could leave…