There was a slightly disarming show of honesty from the Liberal Democrat candidate for Winton East when we started talking about his by-election campaign.

Once Matt Gillett and I had both sat down, and with drinks on the way, I asked him why he felt confident that he could regain the seat in the upcoming by-election from the Tories who have held all three Winton council positions since 2011.

“I didn’t say I was confident,” he responded. “If I was a betting person I’d bet on a Conservative win.”

“At the moment, the Tories are slightly ahead, but we’re doing better than some people expected,” he continued. “UKIP is coming in pretty close to us and Labour and the Greens are a long way behind.”

Six candidates are set to contest the Winton East by-election, which was called following the resignation of Conservative councillor Anniina Davie last month. The winner will join the other 53 councillors that make up Bournemouth Borough Council. The election takes place on Thursday, 14 November. The council is currently dominated heavily by the Tories, who hold 45 seats – dwarfing the three seats held by Labour, three held by independents and two by the Liberal Democrats.

Gillett runs a financial services business and has lived in Winton for ten years. He describes himself as “more of a campaigner” than anything else.

“There are two big issues coming up in the area – student accommodation and the fact that the council is very detached from what a lot of local people want,” he said.

Gillett raised the issue of the previous night’s council meeting at which Conservative councillors disputed claims made in Gillett’s election leaflets (as well as their use of grammar).

One of the disgreements was over a passage which came under the introduction, “From what you have told Matt on the doorstep, here is a sample list of what is bothering you.” It goes on to state: “Concerns that ‘the demolition of the Imax cost £7 million more than it should of done’ – Demolition expert and resident of the ward.”

Tory council leader John Beesley said of the quote during the council meeting, “It’s untrue, and even by the standard of literature we see from time to time it’s surprising.”

Tory rival Pat Oakley put out a leaflet attacking Gillett for “having a pop” at the council. Wasn’t that the case?

“What they are saying is don’t listen to your neighbour when they say things are awful,” Gillett responded. “So we said, cheekily, ‘have a pop at the council’. You can’t just brush residents under the carpet.

“Residents feel patronised by the council,” he said, adding that the Conservatives “represent the wealthy of society, they feel they are better than [residents]”.

“When the Tories came to power they stopped a lot of student housing being built,” he said.

“There’s a conflict of interest – a lot of [Conservative] members are student landlords.

“If there is less demand for student housing, there would be less bad landlords.”

But after the Lib Dem U-turn in parliament on hugely increasing student fees, why should students trust any of them?

“I think along with the vast majority of Liberal Democrats it wasn’t a good thing that student fees were increased,” said Gillett.

“That was probably the most difficult part of the coalition agreement. The Tories had us over a barrel. They needed to wreck us politically.”

In his election leaflet, Gillett also made claims about apparently racist comments made by several Conservative councillors in the area.

One of them, Councillor Sue Anderson, tweeted in May last year that “nobody else except the EDL stick up for the English”.

She had also previously tweeted to an Asian woman, “If you don’t like it here go back to where you came from.”

Anderson suspended herself from the party following the comments. She later apologised and attended diversity training following investigations by both the council standards committee and the Conservative party. She was later allowed to resume her role as Tory councillor.

So, are the Tories soft on racist ideas in their own ranks?

“Yes,” said Gillett, before hastily adding, “The purpose of the article is not to have a pop, it was to allow new councillors to draw a line under this position.

“We are not saying the Conservatives are racist,” he said. “We are giving them an opportunity to say ‘I am not racist’.”

Gillett said he was “gobsmacked” that his Conservative rival had not taken up that opportunity. “He could have drawn a line under that,” he said.

“In any other party bad things also happen, but they talk about it,” he added.

“I’m not accusing them of being institutionally racist – but what they are playing with is very dangerous.

“If you go into mosques, people are feeling excluded and scorned. This is more about trying to right that wrong than winning the election.”

With the interview drawing to a close, we returned to the subject of students in Winton and complaints about anti-social behaviour.

“Second year students are better than first years in the area,” said Gillett. “The worst time ever was when some students had a party on the road. But when I went to talk to them to ask them to stop they were fine with that.

“The day afterwards there were bottles and cans in the road, I went around with plastic bin bags and helped them to clean up. And then they all went back to bed. Since then they’ve been fine.”

Gillett went on to talk about his good relationship with local students.

“The other day I was invited to a student Halloween party,” he said, smiling.

“I think they see me like their dad. My wife said that the next stage would be them bringing me their laundry.” 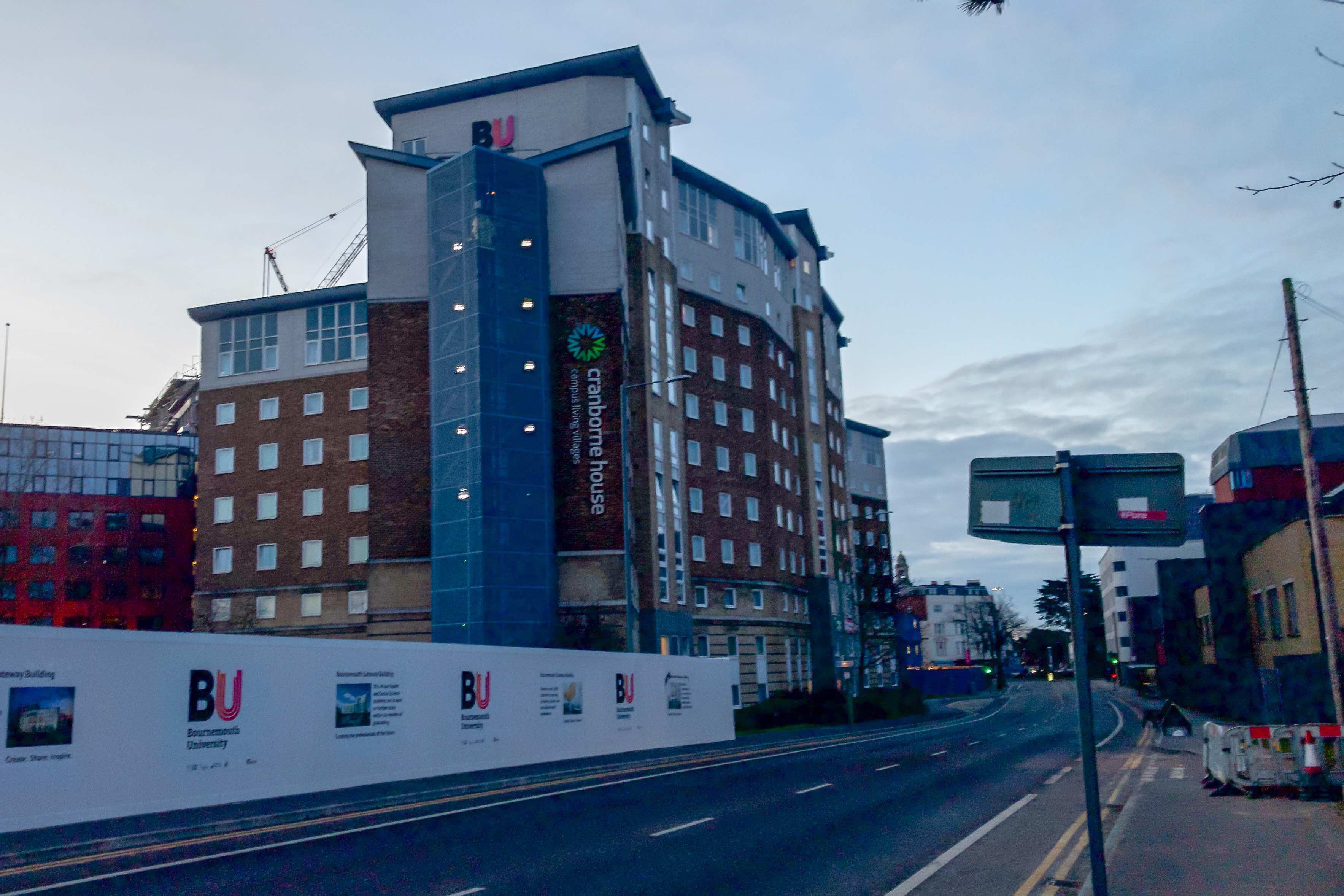