There are growing concerns over the increase of betting shops in the Bournemouth town centre among councillors and residents.

At the last meeting Bournemouth Borough Council voted to support a campaign led by London’s Borough of Hackney, which seeks to give a new class to betting shops.

Cllr Anne Rey, a member of the licensing committee, faced criticism after saying that she would much rather see a betting shop than an empty shop.

Conservative Cllr David Smith who presented the motion in Council said: “Anne Rey is totally wrong. Bookmakers are prepared to pay the high rents, which means that we may end up with no other ordinary shops.”

Fellow Conservative Cllr, Robert Chapman said: “Anne Rey’s statement is a cynical and political move. I would much rather see an empty shop.”

Bournemouth University business professor Dr Gbola Gbadamosi said: “While the shops might end up being empty, it may well be an opportunity to open up these available shops for other businesses. After all, the economy is on the uptake going by government indications.”

Betting shops are currently in the same categories as building societies, estate agents and other office-based businesses. These premises can be converted to betting shops without planning approvals.

Parish priest of Christ the King and St.Bernadette’s Church in Bournemouth Fr Bill Muir said: “There is no need for more betting shops because it encourages those who cannot afford it to spend more on betting.”

The President of the Bournemouth Chamber of Trade and Commerce, Nigel Hedges said: “We want variety and innovation. Too many betting shops will alter the demographic and attraction of the town center.”

Despite this, bookmakers have argued that they make a positive contribution to the local economy.

The PR Manager at the Association of British Bookmakers, Peter Craske said: ‘There are 33 ABB member betting shops in Bournemouth, who between them employ 200 people. Betting shops invest in the high street and contribute £270 million to the region’s economy every year.’

“Our shops provide valuable footfall to the high street and help many high streets remain as viable shopping and leisure destinations as well as providing employment opportunities to the local population.”

Fairer Gambling Campaign has a contrary opinion. “Gaming machines are not labour intensive and the ratio of money spent to jobs created amounts to little more than a parasitic effect on the local economy,” said campaign spokesperson Matt Zarb-Cousin.

The lack of statistics has created skepticism among opponents who question the link between anti-social behavior and betting.

“The Church is only against gambling when it is taken to an extreme and peoples’ welfare is at stake,” Fr Muir said.

Mr Zarb-Cousin said: “Slot machines are addictive and lead to a sense of lost control, which is associated with violence and anti-social behavior. These incidents are not reported to the police, presumably because a number of crime statistics associated with a betting shop may harm future applications.”

The Council has sent a letter to the Secretary of State for Communities and Local Government, The RT Hon Eric Pickles MP, requesting his support. 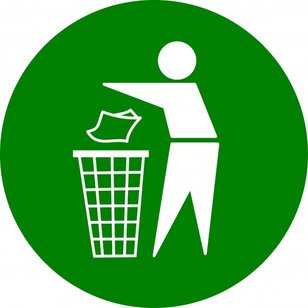