With many doctors being put under pressure, recently retired doctors being called back to work, and various health workers being re-trained to deal with COVID-19, let's spare a thought for the new junior doctors - those who have been pulled out of medical school before their final exams and pushed into the new and foreign world of being a qualified doctor, amongst front line hospital staff.

The Breaker spoke to Dr Elen Pigott, a recently qualified doctor and medical graduate of Newcastle University, 25, now working in a hospital full-time in the North East, to find out how her life has changed.

Talking via Zoom, she seemed upbeat but tired from one of her long shifts. However, she is eager to share what her typical day looks like, as seen in the timeline below:

“Of course I wanted to help do my bit during COVID-19.”

Elen describes the last few months as hectic, surprising and exciting. Having gone from preparing for her final exams to being told they have been cancelled, she has successfully graduated as a doctor and has been asked if she wants to sign up to help pressured hospitals before her actual doctor work starts in August.

The Guardian reported that medical student committee co-chairs at the British Medical Association said they are “working tirelessly to ensure that all students wishing to undertake employment in the NHS ahead of graduation are adequately protected and supported”.

She continues, “I had to do some thinking because of course, I wanted to help do my bit during COVID-19, but its a scary time and one where I will get no break from studying for the last five years to starting working in April, pretty much all the way through until my new hospital start in August”.

Elen also said it worrying that she would go into working in a hospital “qualified” without passing her final exams, feeling hard done by the amount of studying done to prepare for those exams and also a sense that she may not be ready.

“Both my colleagues and friends and I all found it a bit daunting”, Elen told us.

Our graduation is precious.”

Another aspect COVID-19 ruined was the graduation ceremony that so many students have been looking forward too, especially medical students who have been studying for five years.

“It’s a massively anticipated event and one we feel we deserve after so many years studying and spending time with one another”, Elen added.

“Our graduation is precious; to have that taken away is so upsetting, especially as so many people will be moving back to different places and even countries now”.

“But we are doctors and we have been taught to be resilient and so we help in whatever we can with the Coronavirus battle, as positively as we can”, Elen finished admirably. 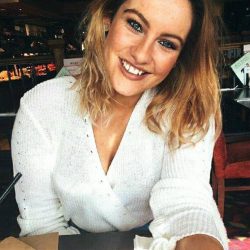