How a former crack house turned missional house in Boscombe

“I went downstairs one day to the front door. In the landing area, there was a guy flapping about (on the floor). He said to me, ‘am I going to die?’ and I said, probably not.”- Mark Dowey narrating how drug dealing led to a bloody fight in Boscombe.

Drug dealers liked it there!

Mark was a guest at a former crack house turned a missional house in the area. The house is number 10. It was one of the most notorious crack houses in Boscombe. Drug dealers and peddlers found it a haven for crack, cocaine, heroin and other drugs.

The bad drug reputation of the house caused the housing property to look to new tenants, who turned it to a missional community house. A group of house mates is now running the missional house.

Lois Bosatta, the house coordinator, says, “They tell me that there was a TV series called ‘Landlords from Hell’, and they came and filmed in this property about seven or eight years ago. And they (the housing property) decided after that, you know, that with such a bad reputation…. They needed something to change.”

“The housing property wasn’t really getting any of their rents of their customers,” she continued.

Bosatta describes to the Breaker how ambulances and police regularly came to number 10:

A church group now occupies the property. And today, Lois and her housemates hold weekly dinners and provide support for people in their community, including ex-drug addicts.

Boscombe has its problems with drugs and crack houses

Mark Dowey doesn’t seem like the regular kind of guy. His long hair and heavy bearded face will catch anyone’s attention. The evening was cold, as the missional house had one of its weekly dinners outside.

Mark was wearing a bit of an over-sized coat . His eyes glittered with the reflection of the flames from the fireplace.

“I’ve been in the Bournemouth area since 2003. I’ve noticed that the area, particularly Boscombe area. has got drug problems,” he said.

Bournemouth has made it into the top 10 areas of drug-related deaths in the UK.

Mark says, “Kids like to experiment with drugs, and they find themselves hurt. It’s an endless cycle.”

Dorset police says its officers in Boscombe have targeted suspected drug dealers and their associated criminality in an operation – with 56 warrants executed over the past 12 months.

The police said after reviewing and acting on information gathered, it has made 65 drug-related arrests and charged 11 offenders.

The missional community house provides support for vulnerable children and campaigns for their protection from access to drugs.

Children can be victims of illegal drug use. There are drug dealers who use them and other young people in the transportation of illicit drugs. Police reports repeatedly show that some children end up using drugs themselves.

The police is asking members of the public to give off information on suspected drug dealings in their area. As some residents told The Breaker, they are concerned about their safety after informing on drug dealers.

What about work placements? The effect COVID-19 has had 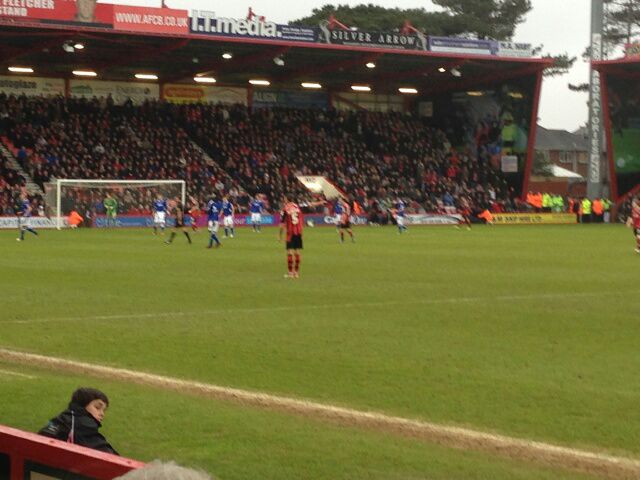 Eddie Howe’s Cherries side moved one point off top after two second-half goals from Lewis Grabban and Marc Pugh against Pompey.…

Surrounded by silent iron barriers, and the noise of excavators, The Waterfront IMAX theatre is being demolished. The…