Debesh Banerjee
0
0
0
The youth no longer get their news from just watching TV. In fact, studies indicate that they prefer spending hours on social networking sites to get their daily dose of news. In such a scenario how does TV news survive the onslaught of the ‘digital age’? Debesh Banerjee suggests a way out through a TV news channel for the Indian youth.
Total
0
Shares
0
0
0

Trends indicate how youth spend more time on average on the Internet, than watching TV. Ofcom’s study in 2011 revealed how young people in the UK aged 5-15 prefer the internet and mobile phones over TV and there has been an increase in time spent on the internet.

Even in my home country, India, the proliferation of the Internet to 80 million people  is a sign of change. And the surge in Internet capable devices like smartphones to 20 million youngsters indicates convergence journalism will still take some time to become a media buzzword. But these smartphones are being used for purposes of social media navigation into Facebook, Twitter etc. and service providers are reducing cost of these mobile applications.

A TV news channel for the youth will tap into this market of smart phone users. My English TV news channel will be called YuvaTV, roughly translated into ‘television for the youth’. Tapping into the 315 million strong young population in India is not an easy task. It requires journalists to be flexible. The BBC was quick in that respect when they converged their newsroom in 2008 integrating journalists from different media outlets like radio, online and TV.

But since my newsroom is much smaller, I will allocate roles to my team of 10 journalists wisely. A Multimedia Editor will oversee video and audio content being uploaded onto the website with a team of an online producer and a reporter to prepare video clips for the web. They will be complemented by a social media editor who will update the feeds on the channel’s Facebook and Twitter pages and generate traffic through feedback for the website. A primary task will be to design and maintain a free mobile app for smartphone users and iPad owners who can constantly stay in touch with news.

Since the channel caters to the youth adept at making videos and posting clips, a team of two correspondents will monitor User Generated Content on YouTube, Vimeo and other video sharing sites for material that enriches a TV package.

Despite such positions, traditional TV news roles will not be sacrificed and a News Editor will have a TV producer and two correspondents under him. The idea for convergence is not to make everybody a master at working across all media, but encourage them to think of the best possible medium to tell the story. The integration will help the online producer to attend meetings with the News Editor to understand what stories are being covered and how they are being tackled in the bulletins.

Studies reveal that the idea of a TV news channel for the youth does not necessarily mean news dominated by lifestyle and entertainment, but telling the news well. So our channel will carry intelligent content tweaked for a young audience. So a story about young politicians in India entering national politics will generate equal interest among youngsters as adults.

To communicate this story to the youth we will offer analysis and expert opinions on the subject i.e. breaking the story down into bite size portions and telling them how this issue fits into the bigger picture. Now all this might not be possible in a two minute 45 second TV package.

But the website will provide scope for innovation. We can insert video clips for the story, which has not already appeared in the TV package. The idea will not be to rehash video for the web, but to isolate key parts or insert a fresh clip compelling for a young web audience. Also, how the video is captioned is crucial to whether it registers any hits. The journalist will upload a short text matter with the video explaining the story, offering user-friendly hyperlinks and related links to other similar stories to broaden their knowledge.

If innovative enough, a reporter will record a podcast about the issue or even present a Vlog and complement it with a timeline of events or graphics illustrating the core subject matter. The key about online stories is Search Engine Optimisation, (SEO) i.e. offering key words in the headline, which direct traffic to the story and website. The other aspect will be avoiding overloading the home page. This makes content incomprehensible.

For a story about fashion trends among college students, the news channel will have a two-minute package with a fashion designer. The website will insert a picture gallery on the latest designs complementing it with tips from the designer on what works and what doesn’t, either through a podcast or text. We could even start an opinion poll on designs students prefer.

If we tackle a subject like homosexuality for TV, it might not be ideal for this medium because of the sensitivity of the issue. But the web can be a safe environment for homosexuals to open up. The website will invite personal stories by concealing people’s identities and conduct opinion polls about the administration’s attitude towards young homosexuals. There can be interviews via podcast with homosexuals.

Convergence is not about using flashy tools all at once, but deciding what works for the story. If the story needs to be broken first, we will tweet it, ensuring it reaches a larger audience instantly. Such a model will ensure the success of an Indian youth TV news channel. 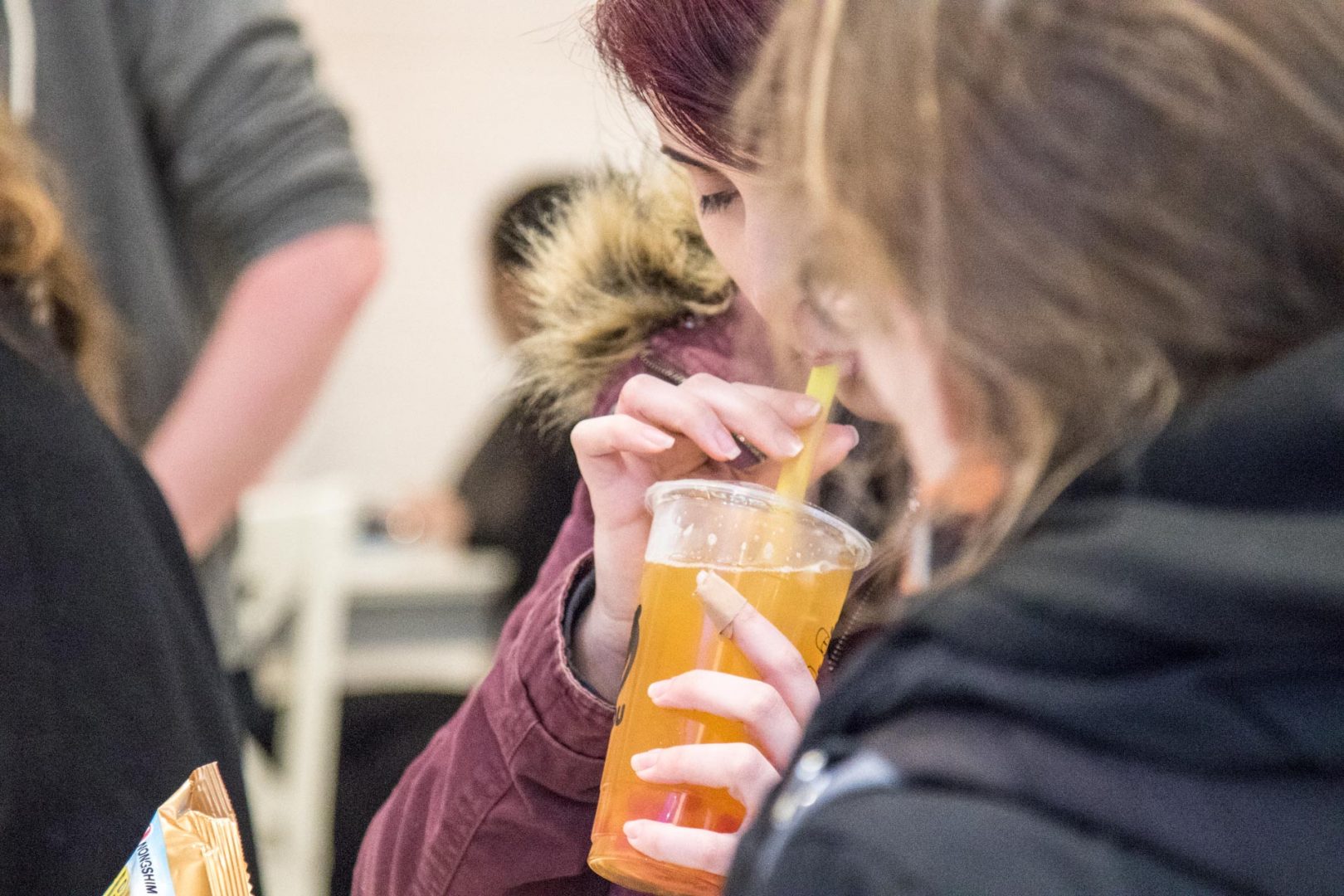 A year ago bubble tea was relatively unknown in Bournemouth; however, the drink has become famous because of…

Tweets from the beach

As the sun came out over Bournemouth today delighted residents have ditched their winter clothes donned their shorts and headed for the beach. Ashley Crowson headed to Bournemouth's beachfront to investigate and seemed just a little excited to be out of the office.