Laura Curtis
0
0
0
Watching the news remind us of our parents forcing us to switch over at six o’clock to catch the events of the day. In 2009, Matthew Robson aged 15, helped compile a report about teenage media habits that revealed that teen’s today don’t consume ‘traditional’ media.
Total
0
Shares
0
0
0

Watching the news remind us of our parents forcing us to switch over at six o’clock to catch the events of the day. In 2009, Matthew Robson aged 15, helped compile a report about teenage media habits that revealed that teen’s today don’t consume ‘traditional’ media. For example, not reading newspapers because why bother reading ‘pages and pages of text” when you could watch a summarised version on the internet or TV? What’s more surprising, but inevitably true, is that teens are less likely to watch TV than ever before thanks to online streaming services like BBC iPlayer.

Their are many young adults who like watching news summaries, you could say that it’s lazy but having all the news of the day in a 60 seconds time slot without having to watch a 30 minutes programme followed by another news programme for local news, is less time consuming, tedious and boring.

[wpcol_1half id=”” class=”” style=””]The these long programmed news cycles, that we are now so accustomed to, don’t appeal to younger audiences, who shut off. They’d rather watch a show that gives it humour much like “Have I Got News For You”, where you learn about the stories from the week as well as being entertained. The casual tones and informal speech of this show are presented in a manner more suited to teens. Less structure and rules and more casual fun, which feels more like someone who thinks, sounds and speaks like a teen, turns them into a friend.[/wpcol_1half] [wpcol_1half_end id=”” class=”” style=””]

We also see the likes of Twitter, Flickr and Facebook taking on a large role which enables you to interact with others in your created network. With social media networking, peer influence is a key factor, the idea that a person is much more likely to follow the recommendation of a trusted friend than a company or official news outlet, is significant. This demographic have always been the leaders in the social media revolution, first it was MySpace and Bebo which has now moved on to Facebook and Twitter. They’re not scared to try something new and for that reason these supposed ‘slackers’ have been making waves on the Web, well before anyone else caught on.

If they see a trusted friend(s) picking up a story, it tends to lend it more weight to us personally and so we read it. And if they see a critical comment of a story from friends, or an accusation of bias, they are more cautious about what’s being told. This generation are at an age where they want to make decisions for themselves not hear what ‘grown-ups’ have to say about the world, they want the relevant information to make their own judgement.

We don’t need to patronise this audience by subjectively dominating their news cycle with issues we think are relevant to them but instead give them everything. For these reasons there is no need to restrict the content which this age range is given. A man once said, “decisions are made by those who show up” and this group of people want to be involved and want to make decisions. We just need to start thinking like they do.

If I had a team and a news outlet I’d call it “What’s New”. I would make sure all the news covered by other, more prominent outlets are shown but in a way that is fun and understandable for the audience. And also leaving space for asking the audience what areas or subjects they would like to be reading/watching.

Teens claim to know everything, but do they? Do they know why a war started or the ramifications of a tsunami? Not without context. If I used this idea of giving the readers a wider sense of events, for example when elections come up, who’s to say this generation know how it works or what parties are standing for, it could also be the first time they are eligible to vote.

[wpcol_1half id=”” class=”” style=””]Even if they can’t vote they should have a space where their opinion can matter, because one day it will. If this was my news website I would dedicate a page(s) to explaining the process, simplifying each parties manifest of ideas. The same could be done for international, environmental issues and social issues. As well as throwing in some celebrity crowd pleaser stories. But again using visual aids such as info-graphics and digital reconstructions etc.[/wpcol_1half] [wpcol_1half_end id=”” class=”” style=””]

Have I Got News For You: General Election[/wpcol_1half_end]

The website’s staff of ten would take on the traditional roles of the newsroom. Three people on the editorial team as well as three staff writers. Other members would be responsible for keeping the site updated regularly and ensuring new updates through digital narratives occurring every hour. While other team members would be responsible for keeping up a social media presence, through Facebook and Twitter. This person would also be responsible for reading the comments and see what the readers want to hear about. As well as creating a profile to promote a “friendly” persona, using fun photos of the staff in the newsroom for example, showing we are a friend, we are just like our readers.

This transition stage of a young persons life is when they wanted to be treated like an adult, but don’t want to be one quite yet. I’d dedicate this site to helping 13-19 year olds during this transition to understand the world which they will one day run.

Youth literacy rate in Pakistan is estimated to be 53 percent and, in an age of digital media, even those who can read are slowly giving up newspapers. Soch or Think offers fresh and alternative views on some of the most pressing issues in the region. 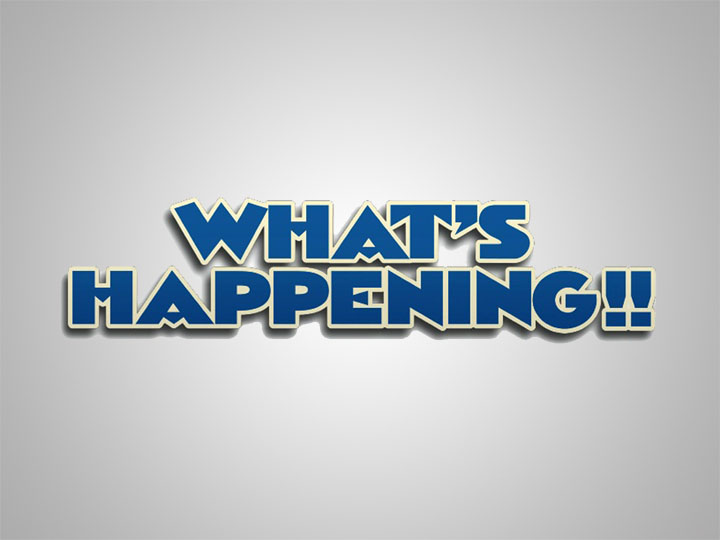 WHYZ? the news channel for young people age 13 to 19 aims to be inclusive, diverse and positive. Ideas for the highly interactive Channel are set out here.